Our Museum has an extensive collection of wartime memorabilia from the Boer War through to recent conflicts and peacekeeping operations.

Please call the RSL to book your table now!
Every Weekend Is A Different Menu
You will NEVER see a dish repeated on our Specials

The Upwey Belgrave RSL commemorated Remembrance Day this year very differently to years in the past.  A small service was held with just four Veterans, whilst many other Veterans and their partners enjoyed a delicious morning tea outside in the gardens, provided by the RSL.

The President, David Eaton, stated that 2020 will be remembered like no other year, but it was good that we could still commemorate the sacrifices of generations before us and reflect on how we are in such a ‘lucky’ country. 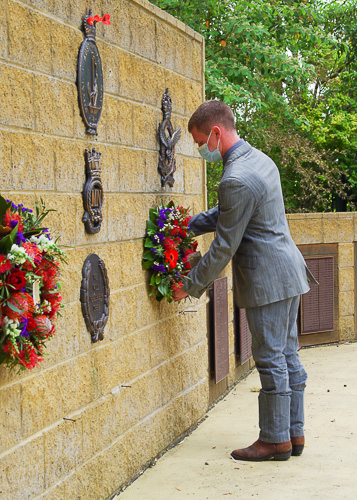 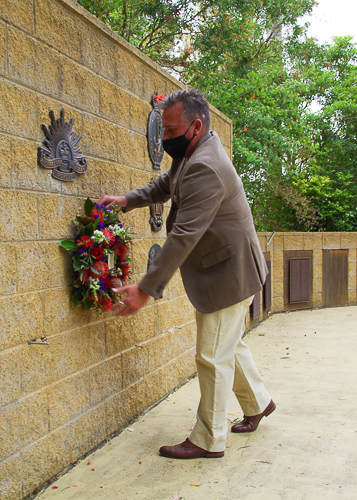 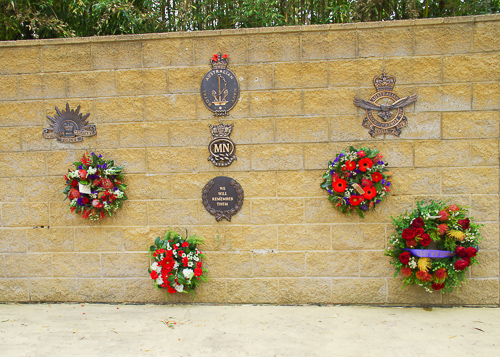 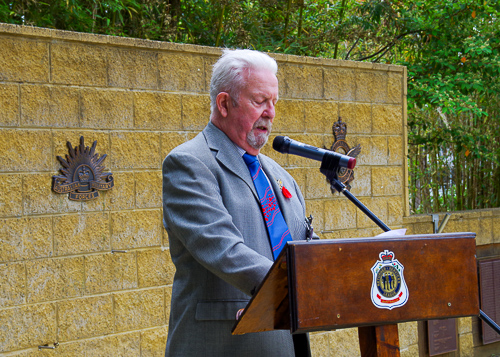 On 1st of November, we celebrated our new flag pole with a raising ceremony, attended by The Honourable James Merlino, Deputy Premier, John Cullen the Honourable State Treasurer for ANZAC house, our committee and guests. 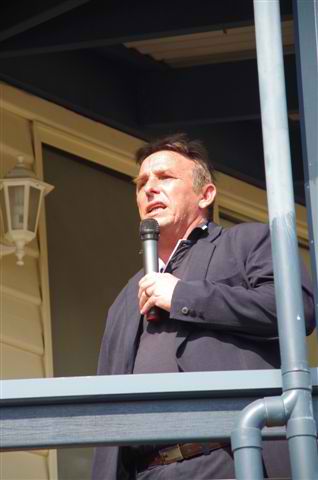 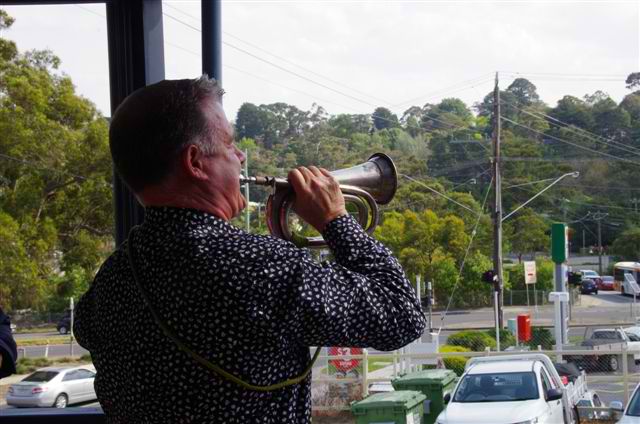 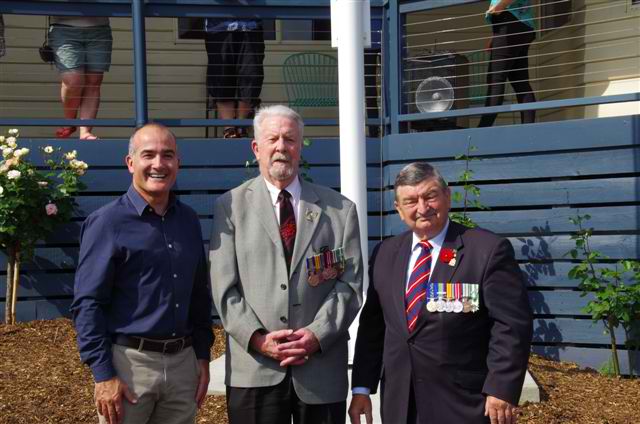 THE Upwey-Belgrave RSL sub-branch has installed security sensors and interpretive plaques at a display of deactivated rifles and swords thanks to a generous grant. Last Thursday, La Trobe MP Jason Wood handed over $1599 to the Upwey-Belgrave RSL as part of the Australian Government initiative Saluting Their Service. The grant aims to honour the sacrifice and service of Australian •servicemen and women in wars, conflicts and peace operations and to promote appreciation and understanding of the role that those who served have played in shaping the nation.

Upwey-Belgrave RSL secretary Leigh Baker said the grant will enable the group to display the mounted firearms and swords that were donated by the HMAS Sydney, the Vietnam Logistics Support Veterans Association and another donor. “We are extremely grateful to the Federal Government for the grant as without it we simply could not have these items on display in the Running Rabbits Military Museum at the RSL.”

The weapons that are to be mounted at the RSL include a :303 rifle, the navy ceremonial officer’s sword of Allan John Rankin Watkins, a Russian 7.62mm RPK machine gun and a Japanese officer’s sword

Brlan Neal and David Eaton holding mounted weapons which are to be put on display with the money they received. 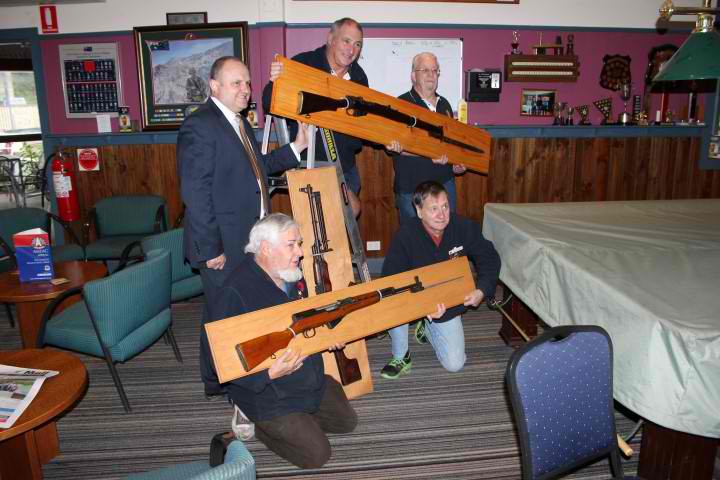 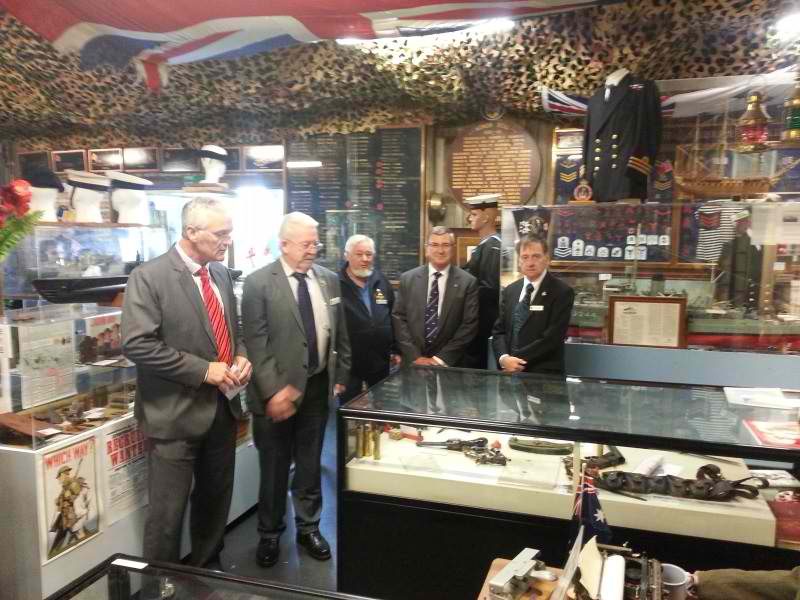 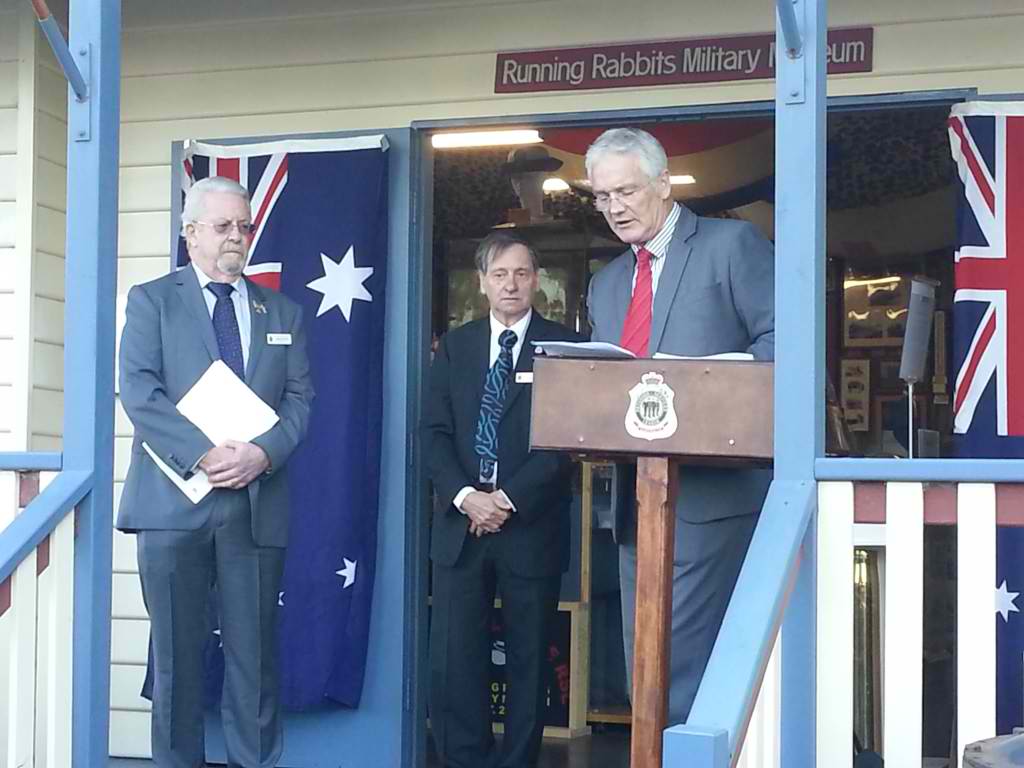